The Assassination of Fred Hampton by the Chicago P​.​D. 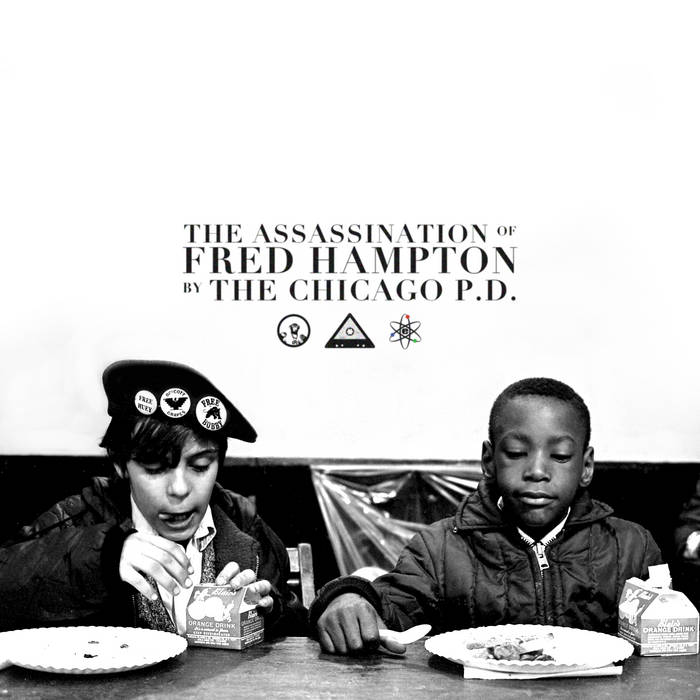 On December 4, 1969, Chicago police raided Hampton’s apartment and shot and killed him in his bed. He was just 21 years old. Black Panther leader Mark Clark was also killed in the raid. While authorities claimed the Panthers had opened fire on the police who were there to serve a search warrant for weapons, evidence later emerged that told a very different story: that the FBI, the Cook County State’s Attorney’s Office and the Chicago police conspired to assassinate Fred Hampton. Noam Chomsky has called Hampton’s killing “the gravest domestic crime of the Nixon administration.”

So we say—we always say in the Black Panther Party that they can do anything they want to to us. We might not be back. I might be in jail. I might be anywhere. But when I leave, you’ll remember I said, with the last words on my lips, that I am a revolutionary.


My people never took a L,
mostly O’s,
(that's) how the hustle goes.
On my q’s, p’s;
in the breeze
from the foes.
x3, that be's
fuck 12 let’em know.
If they no knock my spot
we gon drop’em to the flo’.
You’ll never get a chance to play me
like they played Fred.
Sleeping in his bed,
put two in his head.
"Now he’s good and dead",
what the pigs said.
All cause he gave the babies
free milk and bread.
But it's no surrender,
Thats word to Bobby Hutton.
Got they finger on the button
but no future in they fronting.
They’ll shoot you with your hands up
or running like they huntin’;
If you draped in designer
Or you wearing barley nothing;
Or sleeping in your crib;
Or sitting in your car bumpin’
Back breaking whiling the cuffing
Can’t breathe or say nothing.
They love hate.
These United states of failure;
burn yo' flag and hang the fucking the cops
that shot Breonna Taylor


And she said, “Well, the pigs came in shooting. We were in our bed. I got on top of Fred at one point to try to protect him. Somebody pulled me out of the room. After I was pulled out of the room, two policemen entered the room, and one of them said, 'Is he dead yet?'


I am the proletariat
word to Harriet,
and You can never murder a seed
By trying to bury it.
And you can never stop an idea
who’s time done got here,
now look at what we got here,
the people they forgot here.
The people on lock here.
Slaves to the clock here.
But my freedom gon' rang,
Or this chopper gon' sang.
Slave catcher bang
put a nigga on that gang,
It’s almost like it ain’t a damn thing change...
But it’s power to the people
word to Huey,
word to Bobby.
They will hang you,
Bring the sheets,
And eat lunch under the body.
They banging in these streets
screaming justice for everybody.
Is it just us?
I doubt it; they coming for everybody.
In this new world order
we got Cages on the border,
got diseases in the wind.
The devil wearing Jesus skin.
But my holy water flow
from where the strange fruit grow
to let’em know
The ghost of Fred Hampton
rising up again .....


And in addition to proving, as I said, that it was a one-sided raid, that the police came in firing, the evidence also showed that Fred Hampton was in fact killed with two bullets, parallel bullets, fired into his head at point-blank range. He wasn’t killed with the bullets through the walls.

But what we uncovered was that the FBI had obtained a floor plan of Fred Hampton’s apartment. That floor plan was complete with all the furniture, including the bedroom where Hampton and Johnson slept and a rectangle showing the bed. And it turned out that this FBI informant, William O’Neal, and his control took that floor plan and gave it to Hanrahan’s raiders before the raid, so that they came in knowing the layout, knowing where Fred would be sleeping. And when we looked at the directions of the bullets, in fact, they converged on the bed where Fred Hampton was sleeping that morning.