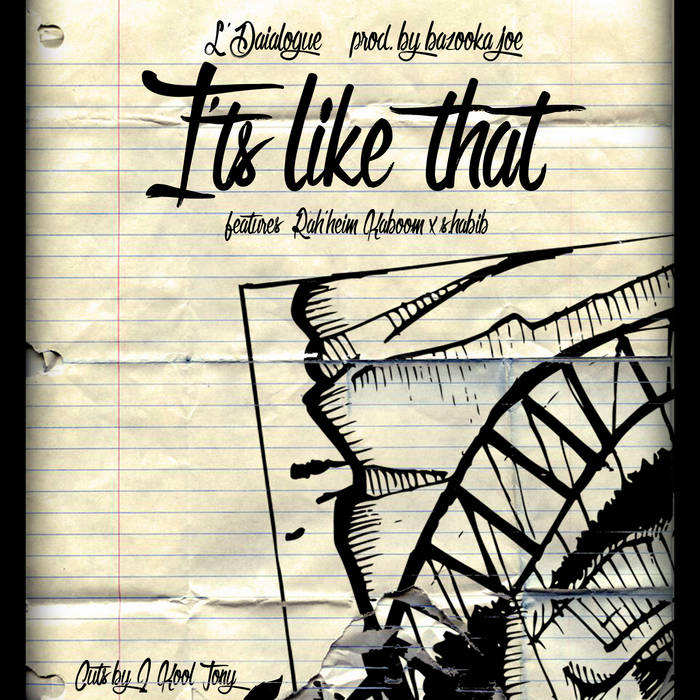 Sometimes when it is what it is and you have to let things go, you
have to keep moving despite what anybody thinks.

Here's the latest track from Memphis, Tennessee's own L'Daialogue
DiCaprio titled "It's Like That" waxing poetic on that very fact.
The track's production is handled by Bazooka Joe and features Rah'heim Kaboom and S. Habib with scratches handled by 2 Kool Tony.

The single serves as the 1st taste off of L'Daialogue's upcoming EP, "The Long Way" that will be produced entirely by Bazooka Joe and award-winning New Orleans producer/engineer Prospek.

Check it out now and catch the vibe!!!