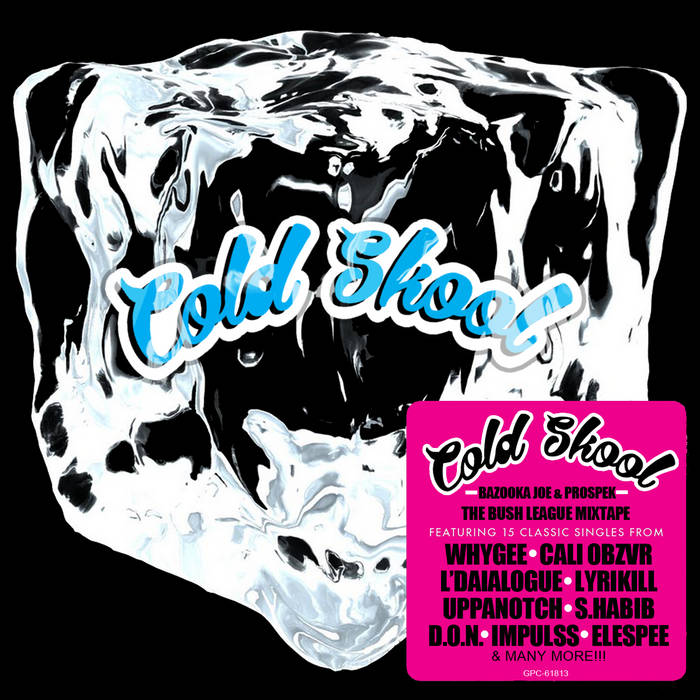 Slang Parade Music & GPNYC proudly present Cold Skool - The Bush League, a mixtape/compilation album featuring an all star lineup of underground MC's from all across the US. Production duties are handled primarily by Prospek & Bazooka Joe with contributions from Jacksom Power, Coco Dank and guitarist Marc Lawrence.

The project started in August 2012 during a weekend recording session at Inner Recess Studios in New Orleans, setup by local super producer Prospek. Hoping to capitalize on the nationwide contacts he'd made over the years, he arranged a full weekend of shows & recording sessions and invited a handful of his favorites to come down for a taste of the big easy. These artists included Bazooka Joe & Uppanotch from NY, Whygee out of Denver, Juskwam from Texas & L'Daialogue and his crew out of Memphis. New Orleans' talent was well represented with Lyrikill, Elespee, Slangston Hughes, Cali Obzvr, Yuri Jones, D.O.N., Caligula Krycek & Impulss, who's earlier work with Bazooka Joe, "Bronx, New Orleans", helped make a lot of these connections possible. After the 5 day marathon session, Joe took the files back to NY and recruited some other artists who didn't make the trip to contribute, including S.Habib of Newark & a guest verse from Queens' MC junclassic.

The Bush League is just a small sample of the enormous amount of talent on the newly formed GPNYC label; an incredible collective of artists, graphic designers, singers, musicians, producers, Dj's, and MC's who all have respectable individual success but have come together for a greater good. The Bush League represents the loose talent in the world, who might play dirty if necessary, but always play with an edge and the unorthodox passion that is their hallmark. This album goes out to all the gray area artists who might not want to fit within the structure of the industry, but will find a way to get heard... even if takes an elbow on the low…

All Tracks Produced by Bazooka Joe &/or Prospek except 'Roll Ova You' produced by Jacksom Power.